The Qur’an, A Contemporary Understanding
The translation strategies, methods and procedures

One of the troublesome problems of translation is the disparity among languages. The bigger the gap between the source language and the translation language, the more difficult is the transfer of the message from the former to the latter. Nowhere is this more obvious than in the translation of the Qur’an from the original Arabic into English.

The difference between Arabic and English and the variation in cultures make the process of translating a real challenge. Among the problematic factors involved in such a translation is form, meaning, style, proverbs, idioms, etc. I am going to concentrate mainly on the strategies and procedures I used for understanding the Qur’an, translating its meaning and later finding equivalent meaning for its verses within the Old and the New Testaments.

Typically, a translation is a simple process of transferring a written text from its source language to an equivalent written text in the target language. However, in order to do this successfully, the translator has to first understand the text in its source language. In our case this task is not easy. The Qur’an as an Arabic text went through more than two hundred attempts to translate it into English, and none of them claims or was later credited with capturing the meaning sufficiently.
Without going into an analysis of the other translations and their positive and/or negative contributions, I would like to move directly to the strategies, methodology and procedures used to produce this translation.

Here are some basic assumptions we made in order to develop our methodology.

Based on these assumptions we developed the following general principles for the methodology used for this translation:

[1] A celestial object, thought to be a rapidly rotating neutron star that emits regular pulses of radio waves and other electromagnetic radiation at rates of up to one thousand pulses per second. 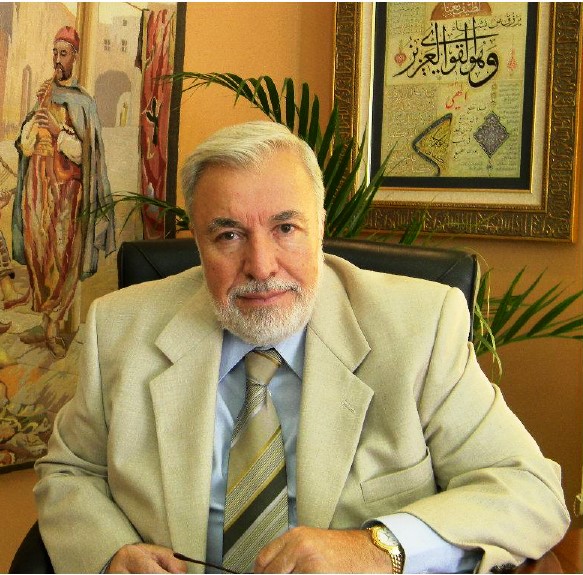 Safi Kaskas is an administrator in the managerial sciences with over 40 years of broad-based experience in strategic planning, leadership and business ethics with an emphasis on strategic management in the corporate and academic worlds.

He is a co-founder of East West University, Chicago, IL; and was elected as President of its Board of Directors from 1979 – 2005. Under his leadership of the Board, East West University acquired its accreditation from the North Central Association and developed a strong fundraising network that built a solid foundation for its continued growth. He is currently a member of the University’s Board of Directors and a strategy consultant for a number of business organizations in the USA and Saudi Arabia. As the Founder and President of Strategic Edge Management Consultants, Dr. Kaskas helped many mid-level and large corporations successfully develop their business portfolios. His consultant firm focused on strategic development within the health care industry and founded the American Strategic Healthcare Management Company (ASHM) which owns diagnostic centers and plans to acquire healthcare institutions in Jeddah, Saudi Arabic. He organized participated and moderated hundreds of business seminars, workshops and lectures on strategic management and business ethics and a variety of related topics.

In addition to his focus on strategic management sciences, Dr. Kaskas has studied Abrahamic religions and lectured throughout the US on subjects related to Islam, the development of American Muslims and the future of Islam in the U.S.. With his study of the early followers of Jesus and the Development of the early church, he became a regularly invited speaker at universities, colleges and churches on reconciliation between Evangelicals and American Muslims.

Dr. Kaskas is a board member of Bridges, an organization working on faith-based conflict resolution and is invited to speak on a regular basis at the National Prayer Breakfast in Washington, DC on such topics as reconciliation, the Qur’an, and Jesus’ teachings. He is the translator of The Qur’an a contemporary understanding and the coauthor of the Qur’an with cross-references to the Bible. He also authored The Kindest of Manners, a collection of hadiths from the six authoritative books on Hadith.

Dr. Kaskas is a senior researcher in Islam and Multifaith Reconciliation at the Center for World Religions Diplomacy and Conflict Resolution.