The Qur'an - Translation by T.B. Irving 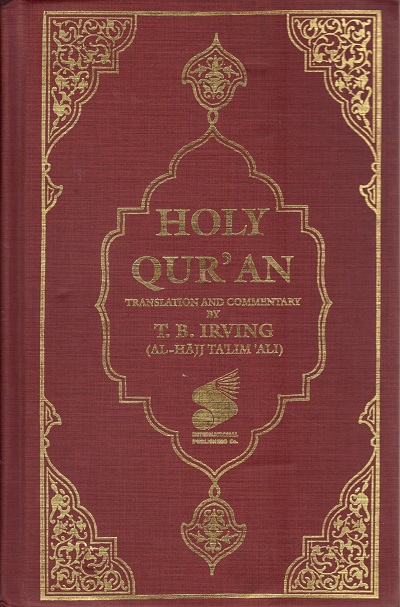 The Qur'an - Translation by T.B. Irving

This translation can be purchase in physical book form here:

​How does this translation of the Qur'an by T.B. Irving, differ from other English translations?

"It is common knowledge that the Qur'an is well-nigh untranslatable, because its form and content are both divine. Its meanings, however, may be interpreted in other tongues. Obviously no interpretation can express the whole range of meanings contained in any verse. But it can bring to light many a connotation which has escaped our attention in the past. In this respect the present translation breaks new ground, making refreshing reading even after all the other translations have been read."

Irving was born in Preston, Ontario (now Cambridge) in 1914. He embraced Islam in the early 1950s and took the name Al-Hajj Ta'lim Ali Abu Nasr. He earned a B.A. in Modern Languages from the University of Toronto, a master's degree from McGill University, and a PhD in Near Eastern Studies from Princeton University in 1940.

Irving wrote numerous books in Spanish on Islam an is considered a pioneer in Latino Dawah. He presented many lectures to Latino Muslims about the history of Islam in Spain.

He was recognized for his service to Islam by the government of Pakistan in 1983 when he was awarded the Star of Excellence. 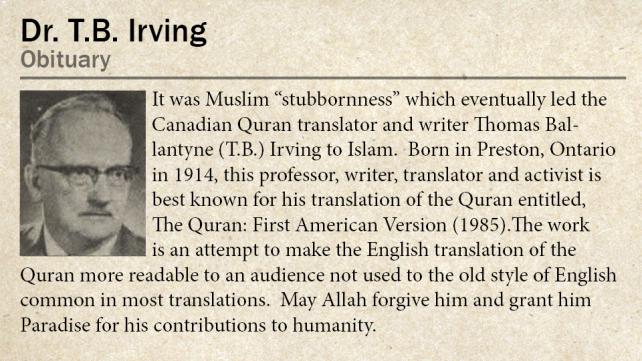